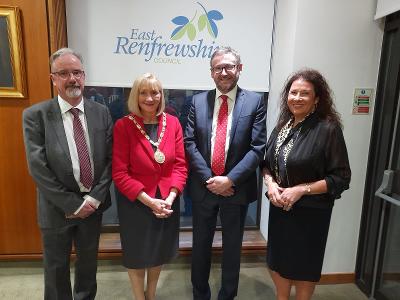 Councillor Owen O'Donnell has been appointed Leader of the Council and Councillor Andrew Anderson has taken up the role of Deputy Leader.

Councillor Mary Montague has been named Provost and will be supported by Deputy Provost Councillor Kate Campbell.

A number of other appointments were also made at the first meeting of the new Council on Wednesday 25 May.