East Renfrewshire's approach to educating young women about pregnancy is making an impact, with teenage pregnancy in the area now at a record low. 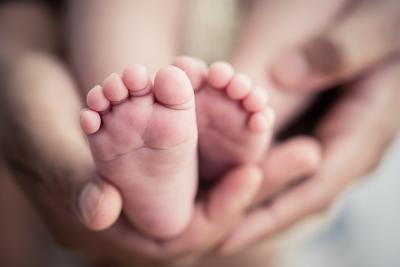 The latest figures released by Public Health Scotland (PHS) in August highlight that East Renfrewshire has the lowest level of teenage pregnancy in Scotland.

In the most recent data, the national average is 30 teenage pregnancies per 1,000 women and in East Renfrewshire the figure is just 10.6.

This shows a significant reduction in the past 10 years across East Renfrewshire, with the figure from a decade ago 35 teenage pregnancies per 1,000 women.

The improvements made in recent years is testament to the targeted work which has been put in place to support young women in the area and educate them through bespoke prevention programmes.

Whilst some teenagers make a planned, positive life choice to have a baby, many teenage women experience unintended or unwanted pregnancies.

Having identified an issue with teenage pregnancy in Auchenback, Barrhead, the council's Young Person's Services team began working closely with high schools and other partners to tackle the issue in 2015.

The initial work achieved a 60% reduction in teenage pregnancies in Auchenback; and a reduction from 22% to 9% of first time mums under 19 in the wider Barrhead area.

These latest PHS figures, which are for 2018, highlight that the continued interventions being put in place in East Renfrewshire to educate and support young people to make positive life choices are having a real impact across the whole area.

Councillor Colm Merrick, Convener for Community Services and Community Safety, said: 'We remain committed to supporting young people across our local authority and it's extremely pleasing to see that the dedicated work we have put in to educate young people about parenthood is having an impact. The education programmes we have put in place were devised by working with young mums, so they accurately convey the realities of young parenthood and also outline information young parents wished they had known beforehand but didn't know they needed at the time. So, the sessions resonate with our young people and allow them to make informed decisions. To have brought teenage pregnancies in East Renfrewshire to the lowest level in Scotland is a fantastic effort and we will continue to work to reinforce these important messages to our young people.'

In addition to the educational work done in schools, the council also runs two young mums groups, Little Bumps and Baby Love, which offer a range of support.

Both groups are for under-25s and provide advice and support throughout pregnancy, including practical skills, and up until the baby is 12 months old.

View the latest figures in full at Public Health Scotland and find out more about the council's support for young mums.